Craigellachie 23, oh dear. Here comes a lengthy rant about Craigellachie’s pricing and overpriced (at least in my opinion) whiskies in general. If you only lookin for my tasting notes thoughts on it (to buy or not to buy, this is the question), just scroll down to the bottom of this post.

When the new line up of “The Last Great Malts” was announced and prices were revealed, many eyebrows were raised when the Craigellachie 23yo price was set to £375. This is a seriously hefty sum to pay for a bottle of 23yo whisky from relatively unknown distillery. Two parallel releases from last year come to mind when thinking of it: The new Mortlach lineup and the 38yo Glendullan, both from Diageo. Are Bacardi eyeing the premium whiskies market and going head to head with Diageo? (My guess? pretty much “Yes”).

Now, even the other three whiskies in the Craigellachie line up (13yo, 17yo & 19yo) are priced on the high side of the scale but I still consider it an acceptable price and if you read my reviews, they do sit well on the VFM scale.

This of course mean that most whisky geeks/lovers won’t take a punt on the 23 yo, even when web shops started selling it for “only” £300-£330

However, slowly slowly those bottles started arriving to European stores. At first it seems like a mistake when the 23 yo made a short show in a German store for € 158.50 but in last few weeks, couple of Netherlands webshops started selling the 23 yo for €140-€160. I was very surprised and I contacted one of the shops and they confirmed it’s the real price and no mistake (while also grabbing one bottle).

So what’s going on here? Why do UK customers need to shell out £300-£375 in order to buy from UK stores while European stores and customers pay much less?

Look, it’s a damn good whisky. Correction: It’s an awesome whisky but you can get a Karuizawa single cask at it’s release for this sum (although it won’t be enough for Mortlach 25yo)

So the question is: What the hell were they thinking?

In the world with a global economy and where the internet exists and bottles can be shipped all over the world, it doesn’t makes sense to have such price difference. The bottle was available solely in the UK stores for 2 weeks so maybe it was priced too high and actual sales didn’t match the expectations?

Was it a sales trial to check how the market will react to Diageo-like premium prices? Was it naive (and wrong) decision of Bacardi/Dewars that didn’t expect whisky geeks and customers to Google and check around for better prices around the globe? In USA some shops sells it for $280 which is higher then the European stores prices (25% higher) and is significantly lower from the UK prices (lower by 52%).

Was it a field test to check market reception to different pricing points before moving on to the other distilleries and bottlings in the “Last Great Malts” collection?

I sent an inquiry to Bacardi and the answer I got from Stephen Marshal, Bacardi Global Marketing Manager for Whisky:

“We’re not responsible for retailer pricing, it’s entirely up to them.”

While surely true, this isn’t the complete picture, since there is obviously a connection between wholesale and retail pricing’ even in whisky. Whisky shops are not a charity, they are in this business to earn some money but can it be that all UK shops went cartel-like and hiked the price like this?

I contacted sources in both UK and NL shops and confirmed the following facts:

So what should Bacardi do? If it’s a mistake, it’s an easily correctable mistake. Just make sure that the prices are within reasonable margins all around the world. If it’s not a mistake, I believe it’s a bad sign to whisky lovers and drinkers.

And how is the whisky itself (If you read my rant you know the answer)? but the important question of all: is it worth the price? 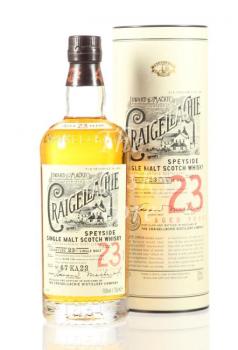 Nose: Fruity, mostly citrus with tropical edge but much more refined than in the 17y and herbal, lactic whiffs, malty, some pastry dough, tobacco, again that sour apples/sulphur tandem but with metallic touch, menthol. Really a complex and lovely nose.

Thoughts: Awesome dram, really! Fantastic job by Bacardi. but then again, I wouldn’t shell out 300 pounds on it but for 160 euro? you betcha!