I’m very fond of Craigellachie distillery due to the seemingly irrelevant fact that I slept at a B&B in the Craigellachie village on my first Scotland pilgrimage. Since then I tasted a few Craigellachie bottles, indie and official and it’s time to review another one, a 1997 vintage from the Connoisseurs Choice lineup of Gordon & Macphail. 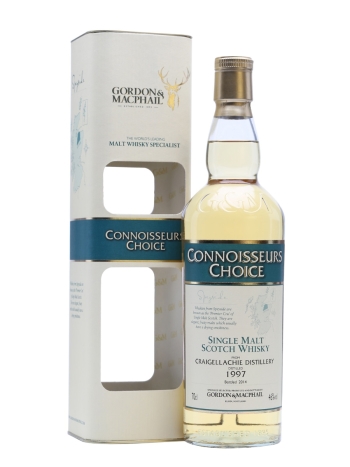 Nose: Fruity with apples, red apples peels, a touch of peaches, it very much reminds me some of official Craigellachie lineup traits with those apples, roasted/burnt matches and the oily and smooth feeling. bakery full of fruit cakes, some nuttiness, cream, ginger and spices. END_OF_DOCUMENT_TOKEN_TO_BE_REPLACED

I had planned 2 more Craigellachie reviews in this round but we’ll have to settle for just one as the Craigellachie 7 bottle from Whisky Live TLV didn’t arrive yet. So the last indie Craigellachie in this round is another Old Malt Cask but this time it’s 15 year old with different profile. It was distilled in 1997 and bottled in 2013 after it was matured in a refill hogshead.

END_OF_DOCUMENT_TOKEN_TO_BE_REPLACED

The second Craigellachie review in the series and this time a 11 year old offering from Hunter Laing, matured in a sherry cask and was bottled exclusively to the duty free store in TLV airport. As it was priced decently it was an easy choice to buy by many malt-heads here.

Nose: Malt with young fresh berries, cherries, meaty and chewy with light sulphur note of unlit matches, sour apples, all those with sweet forest berries on the side. With water added spices of nutmeg and cinnamon. END_OF_DOCUMENT_TOKEN_TO_BE_REPLACED

I have some fond memories of Craigellachie. I slept there while touring the Speyside region, tasted my first Craigellachie dram there and I liked the new lineup released last year.

Let’s start with the young Craigellachie that triggered this reaction, the Craigellachie 2002-2014 Dark Treacle Fondant from Wemyess Malts. Like most of their single casks releases, it’s NCF and without caramel, bottled at 46%. 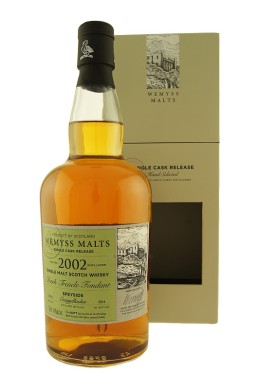 Nose: Big malt note and very spirity at first. After a minute or two in the glass it’s sweet dark golden syrup (Treacle name playing psychological havoc on me) and stewed fruits lurking underneath it all. Not bad at all but I did get annoyed from recurring sprity whiffs. END_OF_DOCUMENT_TOKEN_TO_BE_REPLACED

Craigellachie 23, oh dear. Here comes a lengthy rant about Craigellachie’s pricing and overpriced (at least in my opinion) whiskies in general. If you only lookin for my tasting notes thoughts on it (to buy or not to buy, this is the question), just scroll down to the bottom of this post.

When the new line up of “The Last Great Malts” was announced and prices were revealed, many eyebrows were raised when the Craigellachie 23yo price was set to £375. This is a seriously hefty sum to pay for a bottle of 23yo whisky from relatively unknown distillery. Two parallel releases from last year come to mind when thinking of it: The new Mortlach lineup and the 38yo Glendullan, both from Diageo. Are Bacardi eyeing the premium whiskies market and going head to head with Diageo? (My guess? pretty much “Yes”).

Now, even the other three whiskies in the Craigellachie line up (13yo, 17yo & 19yo) are priced on the high side of the scale but I still consider it an acceptable price and if you read my reviews, they do sit well on the VFM scale.

This of course mean that most whisky geeks/lovers won’t take a punt on the 23 yo, even when web shops started selling it for “only” £300-£330

However, slowly slowly those bottles started arriving to European stores. At first it seems like a mistake when the 23 yo made a short show in a German store for € 158.50 but in last few weeks, couple of Netherlands webshops started selling the 23 yo for €140-€160. I was very surprised and I contacted one of the shops and they confirmed it’s the real price and no mistake (while also grabbing one bottle).

So what’s going on here? Why do UK customers need to shell out £300-£375 in order to buy from UK stores while European stores and customers pay much less?

Look, it’s a damn good whisky. Correction: It’s an awesome whisky but you can get a Karuizawa single cask at it’s release for this sum (although it won’t be enough for Mortlach 25yo)

So the question is: What the hell were they thinking?

In the world with a global economy and where the internet exists and bottles can be shipped all over the world, it doesn’t makes sense to have such price difference. The bottle was available solely in the UK stores for 2 weeks so maybe it was priced too high and actual sales didn’t match the expectations?

Was it a sales trial to check how the market will react to Diageo-like premium prices? Was it naive (and wrong) decision of Bacardi/Dewars that didn’t expect whisky geeks and customers to Google and check around for better prices around the globe? In USA some shops sells it for $280 which is higher then the European stores prices (25% higher) and is significantly lower from the UK prices (lower by 52%).

Was it a field test to check market reception to different pricing points before moving on to the other distilleries and bottlings in the “Last Great Malts” collection?

I sent an inquiry to Bacardi and the answer I got from Stephen Marshal, Bacardi Global Marketing Manager for Whisky:

“We’re not responsible for retailer pricing, it’s entirely up to them.”

While surely true, this isn’t the complete picture, since there is obviously a connection between wholesale and retail pricing’ even in whisky. Whisky shops are not a charity, they are in this business to earn some money but can it be that all UK shops went cartel-like and hiked the price like this?

I contacted sources in both UK and NL shops and confirmed the following facts:

So what should Bacardi do? If it’s a mistake, it’s an easily correctable mistake. Just make sure that the prices are within reasonable margins all around the world. If it’s not a mistake, I believe it’s a bad sign to whisky lovers and drinkers.

And how is the whisky itself (If you read my rant you know the answer)? but the important question of all: is it worth the price?

END_OF_DOCUMENT_TOKEN_TO_BE_REPLACED

When Bacardi announced their ‘The Last Great Malts’ series, it was a bit surprising to see that:

For the Craigellachie line up it’s a 19 Year Old which comes in 1 Liter bottle (Travel Retail after all) and as far as I know it’s 119 Euro in Europe. Lets see what those lucky flyers can get.

END_OF_DOCUMENT_TOKEN_TO_BE_REPLACED

As the 17yo represent the mid level expression I guess Bacardi were trying to find the gold spot of age perfected taste and smell while keeping it priced reasonable and within purchase range for most of us whisky buyers.

By the way, did you notice that Bacardi went for unconventional age statements for this range? instead of the customary 12/15/18/21 we have 13/17/19/23. I wonder if it’s for the sake of being different or does Craigellachie spirit needs the extra time to iron out the wrinkles from the distillation process be good?

END_OF_DOCUMENT_TOKEN_TO_BE_REPLACED

After we finished the Talisker retrospective let’s head out and try some new malts. Last month Dewar’s (subsidiary of Bacardi) announced their new range of single malts called “The Last Great Malts” 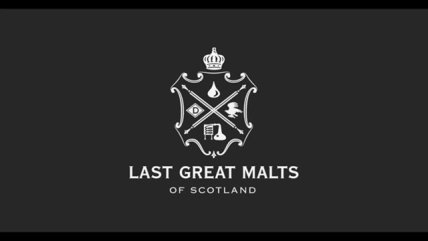 It’s no surprise that Dewars want some chunk of the rising single malts market, small as it is comparing to blended whisky and their own successful Dewars brand in this market. But it’s quite a bold move to go forward with such a big lineup.

This new line is the baby of Stephen Marshall, The Global Marketing Manager for Whisky in Bacardi and contain mostly new single malts (with some re-branded whisky thrown in) from five distilleries: Aberfeldy, Aultmore, Royal Brackla, Craigellachie and Macduff (Glen Deveron brand).

I must admit I have a soft spot for Aultmore and Craigellachie – I tasted a few independent bottlings and they were real good and I even spent a few nights in Craigellachie village when I had my first whisky tour (see my recap here), so I was very curious to try the new lineup.

The first bottlings that was released to market are the bottles in the Craigellachie line: 13yo, 17yo, Travel Retail exclusive 19yo and 23yo – all bottled at 46% and with lovely semi-retro labels.

I’ll review those four this week and we’ll start with the entry level one, the 13yo. The distillery are proud for sticking to ‘worm tubs’ to cool the distilled spirit giving it meaty character so it’s probably ain’t your ordinary Speyside malt, right? And is it any good?

END_OF_DOCUMENT_TOKEN_TO_BE_REPLACED

So after visiting Deanston Distillery, we resumed our way up north to the Speyside region. At first it was a bit scary as we felt like we’re driving on the wrong lane… 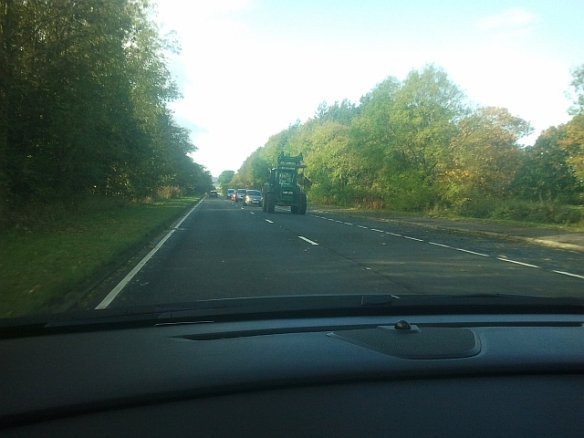 But we soon got used to it and enjoyed the pastoral view around us. we even caught a rainbow while driving!

After 2 stops for caffeine injection and 3 more hours we’ve arrived to Craigellachie where we lodged in the Speybank B&B (highly recommended!). Although it was dark, cold, late and we were very tired, we braved ourselves and went to hunt the Highlander Inn for a couple of drams.