After I reviewed Glengoyne 25 yesterday for the International Whisky Day, I really had to raise the bar today so let’s check out Glengoyne 30 Year Old which was released a few months ago.

Glengoyne 30 Year old is a vatting of ~33% first fill European oak sherry butts and ~66% refill sherry butts (split the remaining 1% between them…). It’s un-chill filtered, natural colored and  6000 bottles were made to the public at RRP of £600.

Nose: Old sherry, sherry vinegar and balsamic vinegar, dried fruit, milk chocolate. Lots of sherry fruits instead of the chocolate and spices that dominate the 25yo. After a while cherries and strawberries, more sherry vinegar, sour sweet dried and fresh berries and a bit more chocolate but not on the same chocolate levels of the 25yo. END_OF_DOCUMENT_TOKEN_TO_BE_REPLACED

The International whisky day event in which you are compelled to raise a dram (or two), was created in honor of British writer Michael Jackson, born on  27 March 1942, who wrote a few prominent whisky books and was a very influential whisky writer for newspapers until he died in 2007.

In honor of his memory and this day, I’ve decided to review Glengoyne 25 year old. It was released to market back in 2014 and it carries a 25 years old age statement. I like the facts it was bottled in 48% and without added caramel.

Nose: Oh, this is some deeply sherried whisky, dried fruit, red berries and cherries and dark chocolate. Dry with lots of spices, wood spices, cinnamon and nutmeg and more and more nutmeg and nuts. After a few minutes the different waves mesh together with dark chocolate, dried fruit, cherries and a dash of spice. Great balance and harmony and it it gets better with extra time. END_OF_DOCUMENT_TOKEN_TO_BE_REPLACED

It’s the last day of 2015 which personally was a pretty good whisky year. The blog readership is on the rise and I got to taste some awesome whiskies this year and thankfully only a handful of bad whiskies.

I was torn between two possible whiskies to review today to celebrate the end of the year and I finally decided to stick with the 35 year old whiskies theme, at least for one more day, and finish 2015 with a delicious sherried whisky, the Glengoyne 35 Year Old. Only 500  decanters were produced and the price is high but it’s really something special.

Nose: Oh my, this is good. It’s very sherried and with a spicy and dirty edge. Berries, soaked raisins, dark chocolate, nutmeg and honey. A fantastic nose, I could smell it for hours! END_OF_DOCUMENT_TOKEN_TO_BE_REPLACED

I’m taking another break today from the headbangers reviews series. But I have a very good excuse this time: It’s the blog second birthday!

Just like last year I intended to have a give-away for the blog holiday but it will be delayed till later this month, so watch this space.

Nose: Sherry goodness with dried fruits, raisins, prunes and plums. It’s a settled and elegant nose, lots of sweetness with demerara sugar and chocolate that strengthen over time. There  is also a lot of cooked nutmeg and overall it’s a real treat on the nose.
END_OF_DOCUMENT_TOKEN_TO_BE_REPLACED 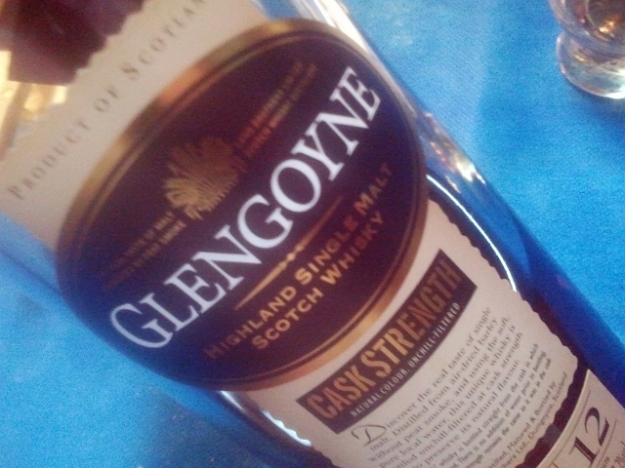 What happens if you take the excellent Glengoyne whisky and turn up the intensity to maximum? Yup, We’re talking Glengoyne cask strength!

Right now there’s only two cask strength Glengoyne expressions: the NAS Cask strength and the distillery only The Teapot dram (which I’ll post a review later this week), but not long ago (in whisky time) there was another one – the 12 year old cask strength which profiles as the following:

I happened to taste it on a great whisky night last week and here are my notes:

END_OF_DOCUMENT_TOKEN_TO_BE_REPLACED

While not as busy as last week, we still had some very nice new whisky announcements this week – the official announcement of Gartbreck Distillery (new Islay distillery, yay!), Glengoyne up the bar to 25yo from 21yo for their official bottlings and in the last minute, more news from Glenglassaugh – vintage releases from 1968 to 1986.

END_OF_DOCUMENT_TOKEN_TO_BE_REPLACED

Last week, after over 3 months en route, I finally got my final package of whiskies I got myself in Scotland, and it reminded me I didn’t write yet a post on last distillery tour. The last day of trip arrived and we had time for one last distillery visit before going back home – Glengoyne Distillery.

This time we’ve killed 2 birds in one stone – we recruited a designated driver, a blogger who lives not far away but never visited there, so we ‘forced’ him to visit the place for the first time, out own #whiskyfabric cog member, Tom. So we checked out from the hotel, we got picked up by Tom and off we went to the place which is half lowlands, half highlands where Glengoyne distillery resides. 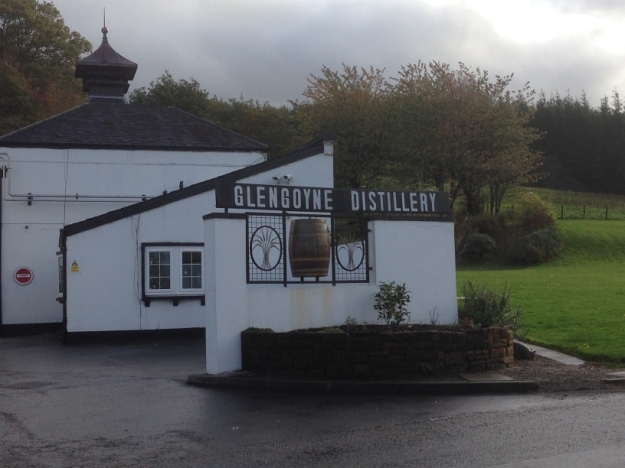