© The Islay Festival of Music and Malt

Spring is almost upon us (or already upon us as far as I’m concerned) and you know what does it mean, right? Yes, time for the annual post of the Feis Ile Festival bottles.

This year, the festival will run from late May into June 2017 (26th May to 3rd June 2017) and unlike the previous two years, there will be no special celebrations this year, just a “normal” festival but still it will be a exciting festival.

This post will detail all the available information on the festival bottles and I’ll update it each time more details will be revealed.

If you look for the full festival information, go to the Festival site at islayfestival.com and you can find the full Islay Festival Distillery Programmes 2017 here when it will be published.

It’s a safe bet that just like previous years, we will have more Feis Ile bottlings from other independent bottlers and other sources – all will be updated in the post when the information will be released.

25/05/2017 Update: Bruichladdich bottle updated and added Loch Fyne Feis Ile Laphroaig
25/05/2017 Update: Lagavulin and Caol Ila bottles updated.
23/05/2017 Update #2:  Thanks to Pascal from www.heartofspirits.de we have further information on Bunnahabhain and Kilchoman bottles. They sounds nice!
23/05/2017 Update: Elements of Islay Ar9! I think we now know all about the independent bottles for Feis 2017 🙂

So here’s the list of Feis Ile 2017 bottlings and the available information:

Twelve casks of seven different types have been deployed by Head Distiller Adam Hannett in his crafting of this fascinating, limited edition.

All the spirit used was distilled using 100% Scottish barley and it was matured entirely on Islay. It has been bottled at the distillery at 56.4% alc. vol. using just a splash of Islay spring water. In common with all our whiskies, there has been no chill filtration employed and no artificial colouring has been added. 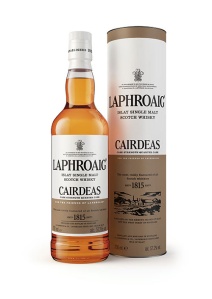 The Laphroaig Feis Ile 2017 offering is the Cairdeas 2017 which was fully matured in American Oak quarter casks (125 liter casks).

The Cairdeas QC Cask Strength edition will be available to purchase from Laphroaig e-shop here from Wednesday 7th June.

Been maturing since the 13th January 1998 fully matured in a 1st fill Oloroso Sherry Puncheon for the 19 years.

This year’s Feis Ile bottling is a vatting of two 100% Islay casks specifically selected by Anthony Wills, Kilchoman Founder and bottled at cask strength, 58% – Bourbon Barrel 324/2008 filled July 2008 and Oloroso Sherry Butt 443/2009 filled October 2009.  Just 877 bottles at £90.00 will be available on our festival day on June 1st and only from the distillery – one bottle per person.

Ardbeg Feis Ile 2017 offering is the non cask strength version of Ardbeg Kelpie. The committee release is bottled at 51.7% but the general version for Ardbeg Day will be bottled at 46%. The Kelpie is matured in virgin casks of new oak from the Republic of Adygea (Adygea is a federal republic of Russia, near the Black sea).

Yes, we have a new commemorative Feis Ile 2017 bottle and this time it’s Elements of Islay Ar9, Ardbeg in sherry cask!

Available from Elements of Islay (and Port Askaig) ‘Islay’ home during Islay Festival this year at Ramsay Hall in Port Ellen from Tuesday 30 May to Thursday 1 June.

Big Peat Feis Ile 2017 is a marriage of Single Malts from Ardbeg, Bowmore, Caol Ila and Port Ellen Distilleries, bottled at 48% and proudly without colouring or chill-filtration. For the first time ever, this Small Batch bottling of Big Peat has been finished in Sherry Butts.

Looks like SMWS are outdoing themselves this year with no less than three bottles to celebrate Feis, and of course all three bottles are from Islay distilleries. The bottles will be available, while stocks last, online at https://www.smws.com/ and at the Society’s UK venues from Thursday, 1 June. However, those attending the festival will have early access from Friday, 26 May.

Nose brings minty humbug freshness and a deeper malt loaf note. The palate is sweet and rich, like dates wrapped in smoked bacon. A splash of water brings out floral notes, as well as some pineapple chunks in syrup. 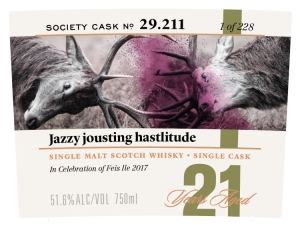 Hunter Laing will release a series of six bottles.  The release marks the start of construction of Ardnahoe Distillery. THE KINSHIP has been specially created to pay tribute to some of our neighbours on the famous Whisky Island. Each label represents a different aspect of the Scotch Whisky production process – Harvest, Malting, Fermentation, Distillation, Maturation and Bottling. The whiskies in the range have been hand selected by Jim McEwan as some of the finest Islay whiskies he has ever tasted, and his tasting notes for each are to be found on the back of each bottle. Each bottle comes presented in an individual jute bag.

An undisclosed Islay single malt with a Portwood Finish 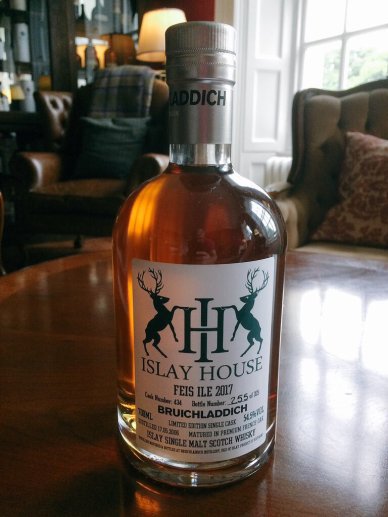 Distilled in 2006 at Laphroaig distillery, this Islay single malt spent 11 years maturing in a refill sherry butt before being bottled in 2017 by independent, family-run bottlers Hunter Laing & Co.