Kilchoman (and Jura) day at Feis Ile 2017 so it’s logical to post 2 posts, one for Kilchoman and one for Jura. However, I’m short of time today so instead I’ve opted to go for a single post on Kilchoman whisky. But we’ll still get two reviews as the post will cover a duo of young Kilchomans, both finished in Caroni Rum Casks, bottled exclusively for LMDW 60th anniversary.

What’s so special about those bottles? Glad you’re asking. First of all, Caroni distillery isn’t your ‘average’ rum. It’s sitting in the opposite direction of Zacapa, Applelton and all those sugary rums. It’s like Islay peated whisky to the gentle speyside whisky.

Or maybe should we say it’s like Port Ellen? because the second special thing here is that Caroni distillery was closed down in the early 2000s. So kudos to Kilchoman for sourcing casks of that closed distillery (and I hope we’ll see more whiskies in Caroni Rum casks).

It’s also interesting to see the arbitrary age rule in action here. The difference between the casks is merely 3 months: the younger one filled into casks on 01.12.2011 and the older one filled exactly 3 months earlier on 01.09.2011 and crossing the 5 year old line by mere 5 days when both casks were bottled on the same day of 05.09.2016. 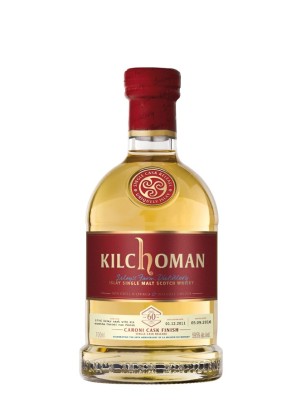 Nose: Rich and intense, very sweet at first with gentle yet crisp Kilchoman peat and a bit of tar behind the sweetness, ripe banana, a gentle Caroni dirtiness with a touch of petrol and crushed black olives. After it breaths, there’s more peat, coconut, maltiness and perfumed honey.

Thoughts: What a great duo! The Caroni rum cask impact works like a charm with the young Kilchoman spirit. Instead of having a young and rough peat bomb, we get a mellow one with the right amount of the ‘exotic’ Caroni influence. Hard to believe that 6 months were all that’s needed. And don’t ask me which one is my favorite because it depends on my mood and which note would play the first violin here: The Caroni or the Kilchoman Peat. Slainte!