The Whisky Exchange keeps pumping out exclusive releases and this time, a 180 turn from the Old Pulteney 2004 that was released recently, going for a whisky from a far less familiar distillery and brand, matured in ex-bourbon casks – Croftengea 2008 Vintage.

Croftengea is the brand name given to the peatiest whisky produced at the highlands distillery of Loch Lochmond. Loch Lomond distillery has 4 types of stills that can produce 14 possible whisky styles. For Croftengea, the same setup as Inchmurrin whisky was used, but the barley is peated to 40ppm. 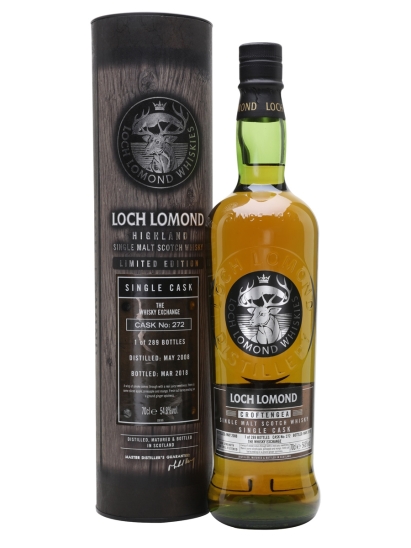 Nose: Mellow nose but it does have a heavy dpose of earthy peat smoke at first, fruity with lemon, grapefruit, pineapple, green papaya and a bit of honey, sprinkled with a pinch of salt, After a few minutes less peat smoke and stronger fruitiness. END_OF_DOCUMENT_TOKEN_TO_BE_REPLACED