A while ago when I tasted the old and new Laphroaig 15yo (see the results here) I was also bestowed by a friend (Thanks A.!) with a sample of an indie Laphroaig 15yo for scientific comparison 😉 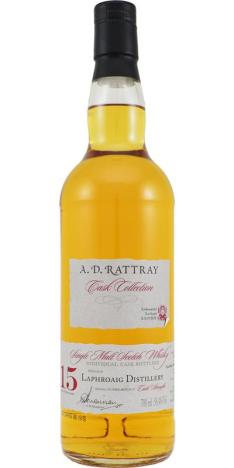 Nose: Heavy spirit (more than I’m used to with Laphroaig), rounded and creamy, (not sharp), lots of honey and vanilla, medicinal with TCP and iodine, peat of the wet and sweet variety, stale lemon peels, wet charcoals smoke, getting a bit sharper over time but still very rounded and creamy but with additional leather and green spices (cardamom and pepper), after a sip there was sweet & fragranced honey

Thoughts: bottom line – It’s different from the official 15yo (doh! single cask!) and I think I tike this one better. It’s richer and rounder, it’s balanced with softer wet peat accompanied by spices and bourbon imparted flavours. Excellent choice of a cask and a cracking Laphroaig.