Whisky is favorite spirit drink but I also like a good glass of proper rum (preferably without added sugar or other additions), so I’m a big fanboy of whisky matured (or finished) in a rum cask, and I’m not the only one in my friends group.

Then came the opportunity to taste and compare two whiskies which are almost twins. They were both distilled in same distillery  (Amrut distillery), probably of the same age (or close to) and bottled by the same bottler (Blackadder) so there’s a pretty good chance both casks may come from the same casks batch purchased by Blackadder. But then, I said they are almost twins, just almost and that’s because there’s one big influential difference – The Rum type.

Nose: The bourbon cask used for the bulk of it’s maturating is undeniable here with strong maltiness, honey, dust and spices. But there’s added sweetness from the rum cask – Banana and demerara sugar along with menthol, now some coconut and dried apricots. 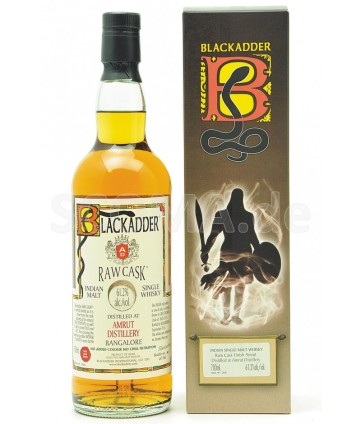 Nose: Here the rum is very strong with strong Jamaican funk here. In fact, I bet it’s a Hampden cask that was used here (Perhaps the Blackadder Hampden 14 yo?), tar, black olives, sweet and very ripe banana, but also Amrut and bourbon influence with wood glue, honey and some minor herbs notes

Thoughts: The Guadeloupe rum finish is more balanced in regards to the whisky spirit and rum influence. The Amrut in Bourbon cask characteristics is the backbone of the whisky and it comes along with softer and sweeter roundness from the rum cask. The Jamaican rum cask is more direct and has bigger and blunter rum impact which comes as no surprise with funky Jamaican rum style. I liked them both but I’m a big fun of the Jamaican funk so this one will be my favorite of the two although I suspect most will prefer the Guadeloupe one 🙂