Not long ago I tried the Laphroaig Brodir which is a Port finished peated whisky. It wasn’t a successful experiment so we gonna try similar whisky from the lesser known member in the Beam Suntory protfolio: Ardmore.

Ardmore is under a strong marketing and branding push in the last few years, a process which intensified under Suntory Beam hands. A couple of new releases were released in 2015 and the latest of them is the one we review today, the Ardmore 12 yo Port Wood Finish.

This whisk was matured in American oak ex-bourbon casks before finished in Port Pipes. So let’s check if they did here a better job than Laphroaig did on Brodir.

END_OF_DOCUMENT_TOKEN_TO_BE_REPLACED

The next sample from Gordon & Macphail ‘The wood makes the whisky’ is Ardmore 1996. The sample didn’t have bottling date so we do not know the exact age, but if we go by the assumption it’s the latest release, then it was most likely bottled in 2013 so the age statement is 16yo, just double the age of the Bunna I reviewed on Thursday. 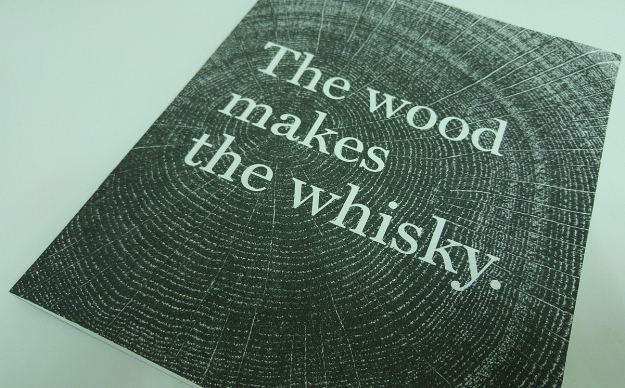 The companion book of the campaign

The Ardmore was matured in Sherry Refill Hogsheads while the Bunnahabhain was matured in Refill Sherry Butts, so we have much more wood contact with the spirit and it spent double the time period so we should expect substantial increase in the sherry influence.

Nose: Sweet and rich sherry impact: dried berries, stewed fruit and prunes and it’s bordering fruit compote. The peat is very subdued with delicate tingling smoke in the background. After a few minutes in the glass, the sherry impact is getting lighter while the smokiness stays at a steady level and we get to sniff some grilled red apples and even some spicy menthol. further on it gets some perfume edge and citrus. END_OF_DOCUMENT_TOKEN_TO_BE_REPLACED